Dedicated to Meeting Your Legal Needs

When you choose Walker & Spang, LLC to represent your interests, you gain the confidence that comes with retaining a law firm with a reputation for success. Our law firm offers clients personalized, determined, and professional legal services throughout Chambersburg, PA, and surrounding areas. 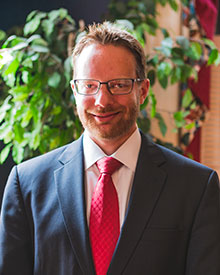 Nathaniel F. Spang, Esquire, became an associate attorney with Walker & Spang, LLC in 2014 and is now the managing partner with the firm. His practice focuses on family and domestic law areas, including divorce, custody, support, alimony, and adoption. He also includes civil litigation, criminal defense, including DUI and Protection from Abuse (defense) cases, and general civil litigation matters.

Before joining Walker & Spang, LLC, Nate served as an Assistant District Attorney in Bucks County, Pennsylvania, from 2005 to 2014, where he was the Chief of the Special Victims Unit. As an Assistant District Attorney, he handled over one hundred trials, including jury and bench trials, for the prosecution. His caseload focused on child abuse crimes but included prosecutions for murder, kidnapping, and other violent offenses. As chief of the special victim’s unit, Nate was instrumental in establishing the Bucks County Children’s Advocacy Center. He received an award of appreciation from the Children’s Advocacy Center upon leaving the District Attorney’s office in October 2014.

Since moving to Franklin County, Nate has been able to use his vast trial experience to generate favorable results for his clients in the areas of family law, criminal law, and civil litigation. Much of Nate’s practice continues to be in the courtroom, and his focus remains on producing the best possible outcome for his clients, whether through negotiation or litigation. David F. Spang, Esquire, is an experienced practitioner in the areas of elder law, estate planning and estate administration. He is also skilled in counseling in all aspects of business-related issues. He is a problem solver with a good, reasoned analysis of legal issues. In addition to these strengths, David has knowledge and experience in the following areas: general contract issues, tax matters, collection work, working with surveyors, government officials, accountants, and lenders.

David, who has been practicing law for more than 40 years, spent the first 30 years of his career in Berks County before moving his practice to Franklin County approximately fifteen years ago. During his career, David has served as a solicitor for several organizations, including the First National Bank in Fleetwood (now known as Fleetwood Bank) from 1978-2005, the Borough of Bernville, the Conrad Weiser Area School District, the Townships of Greenwich and Richmond, the Robesonia Zoning Hearing Board and the West Lawn Zoning Hearing Board.

In addition, David has also been a Director of the First National Bank in Fleetwood, the Western Berks Ambulance Association, the Berks County Bar Association, Habitat for Humanity of Franklin County, and The Foundation for Enhancing Communities (TFEC).

David lives in Chambersburg and is a Falling Spring Presbyterian Church member. He is also a member of the Franklin County and Pennsylvania Bar Associations, the National Association of Elder Law Attorneys, the South Central Pennsylvania Planning Council, and the Chambersburg Country Club. David is a licensed title insurance agent with Old Republic National Title Insurance Company.

David is experienced to assist you in the following areas: Martha B. Walker, Esquire, practiced law in South-Central Pennsylvania for over 48 years, with a concentration on all aspects of family law. She is now “Of Counsel” for the firm.

Marty was the first woman admitted to the Franklin County Bar and chaired the Franklin County Bar Association’s Domestic Relations Committee for 30 years. In that role, she was instrumental in establishing the Court’s current Divorce Master System and Custody Conciliation Process. She has taught Domestic Relations courses at Wilson College and Penn State University and lectured at the Dickenson School of Law and the Pennsylvania Bar Institute. Marty is trained in Mediation and Conflict Resolution.

Marty has served on the Board of Directors of over 20 non-profit organizations in her community. She was also the first woman to serve as a bank director in Franklin County. Marty graduated from Wilson College and received her law degree from the Dickinson School of Law.

Below is a list of some of the many awards she has received and groups she has been affiliated with:

Speak With Our Legal Representatives Today

Our Areas of Practice

Our attorneys recognize that going through a divorce is a complex, difficult life change. The decision to divorce opens the door to numerous difficult issues that must be resolved. Trust the legal representation of Walker & Spang, LLC to be your legal advocate.

We can help you in any of the following areas:

We can guide you in the following areas, including but not limited to:

Walker & Spang, LLC send our condolences for your loss. We understand that you are going through a challenging time; you need a team of legal advocates to guide you through the complexities of probate and estate administration processes.

We can help you with all the tasks of probate, including:

Whether buying, selling, leasing, or lending, let Walker & Spang, LLC be your real estate and title insurance attorneys. Purchasing or selling a home is most likely the most significant financial transaction that a person undertakes in their lifetime. Let our legal team help you with the complexities of real estate transactions.

Elder Law is the area of law, statutes, regulations, and decisions, which impact on the lives of older individuals and their families. Let the law team at Walker & Spang, LLC be your legal representation when coordinating private and public resources to finance the cost of care, income assistance benefits, taxation, conservatorship, general estate planning, and more.

If you or your business is involved in a civil claim involving a contract, estate administration, landlord-tenant, real estate, business dealings, or similar matters, Walker & Spang, LLC, is here to assist you. If you find yourself involved in civil litigation, contact us today.

If you have been charged with a criminal offense, contact a trustworthy law firm like Walker & Spang, LLC. Nathaniel Spang, Esquire, has spent over a decade as a prosecutor where he exclusively handled criminal cases. As a prosecutor, he rose to the rank of Deputy District Attorney, Chief of SVU.

Speak With Us Today

We understand that every case is unique. Call 717-262-2185 or send us a message below to get in touch with our legal team.

Leave Us a Review!